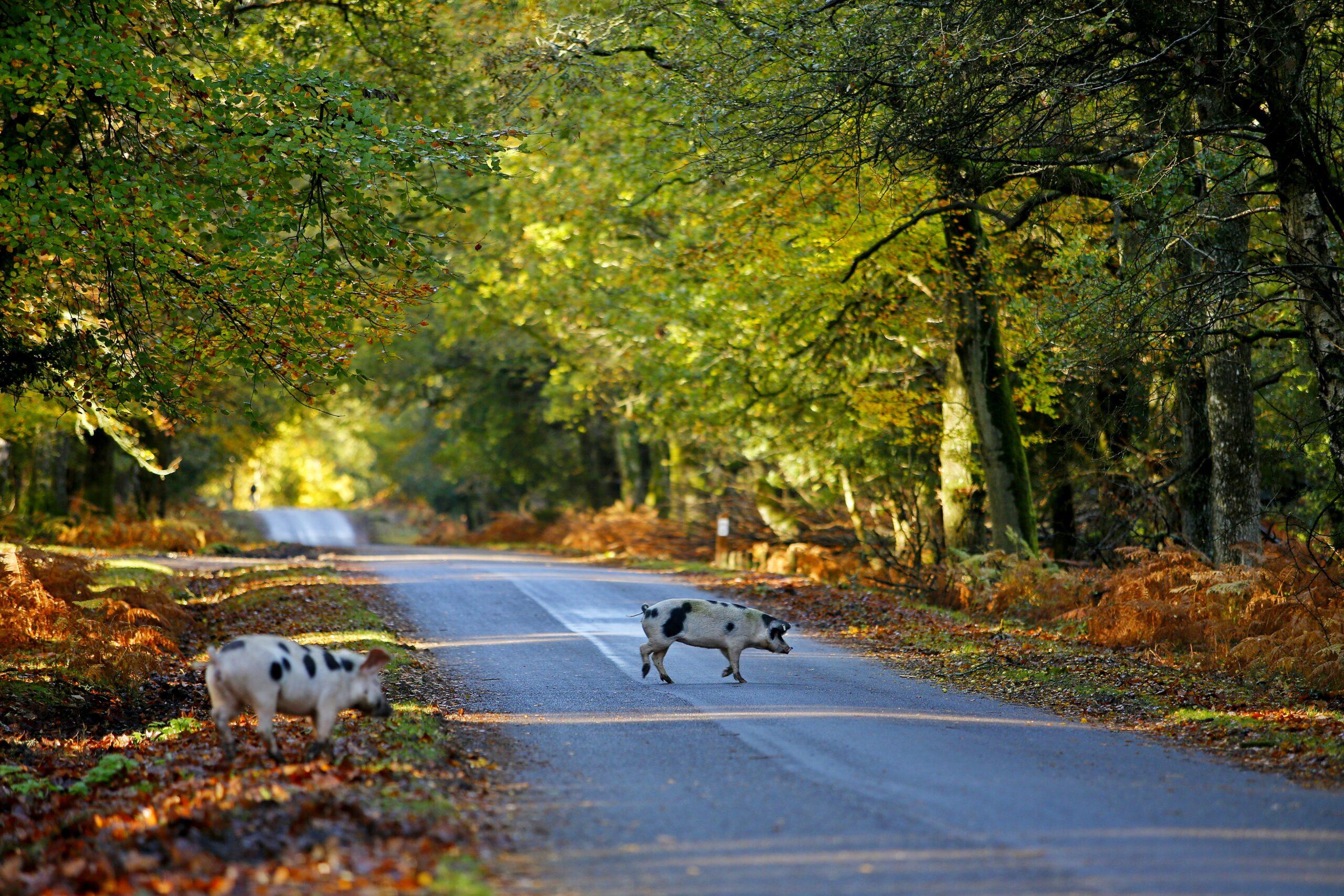 The New Forest was originally a royal hunting area founded by William the Conqueror back in the 11th century. William loved his hunting, and bestowed rules and rights to the forest’s inhabitants known as ‘Commoners’ regulating how they should live on the land.

Nowadays, New Forest Commoners are those with property in the forest which still retain the ancient Commoning Rights. In September, Commoners can exercise one of their rights, in this case, the ‘Right of Mast’ or Pannage. This means they can turn out and fatten their pigs on nuts and fruits from the forest floor. The ecology of the New Forest depends on Pannage because acorns, beech mast and chestnuts are toxic to the famous free-roaming ponies digestive system, and if eaten in large quantities, can result in death.

Pannage isn’t seen anywhere else in the UK in huge volume it is in the New Forest. The season starts when the first acorns begin to fall and continues for 60 days or, longer if natures harvest produces a larger than usual glut of nuts. Some of the pig breeds let lose to forage the woods include Tamworth, Gloucestershire Old Spot, British Saddleback and the Wessex Saddleback. The pigs are only allowed to forage in the forest if they have nose rings because this enables them to feed, but stops them using their snouts to burrow into the ground and causing damage to roots and saplings.

You’ll see Pannage pigs out in the open forest and along walking and cycling tracks and trails, but there’s no single place that they congregate. Keep a lookout for them because they are so much fun to watch, with their oinking and snuffling about. They aren’t always shy either, and rotund crews of piglets can get quite excited to see you. Don’t be surprised to see them come scampering out of a hedge, tumbling onto roads and slowing traffic much to the delight of onlookers wanting shots for Facebook, Instagram and Twitter! But beware, their mum’s are protective and they won’t take too kindly if you try and get close, even though the pigs are cared for the rest of the year by Commoners. Pannage pigs can be unpredictable and are best treated by visitors like wild animals.

The pigs love hoovering up the National Park’s scrumptious nutty nibbles, fermenting apples and harvest fruits. After scoffing as many as they can to fill their ample bellies, they soon fatten up. At the end of 60 days, which is usually, towards the end of in November, the pigs are rounded up and sent for slaughter.

Because Pannage pigs are left to roam free, there’s a slightly lower fat content, and the meat is still tender. The colour of Pannage pork is darker than usual and has a sweet, earthy and distinctive nutty concentrated flavour. Be forewarned though, New Forest Pannage pork is more expensive, scarce and in high-demand especially from top restaurants, and as you’d expect, much heads up to the capital.

If you’re staying at Undercastle Cottage in November and early December, contact our local farm shops and independent butchers late and ask them to put some by for you. Try some. It’s absolutely delicious!